The following is the information for our weekly seminar in fall semester.

If you want to join our seminar, please contact Myeongju Kang: bear0117@snu.ac.kr

There will be an invited talk.

Title: Embedding Carnot groups into bounded dimensional Euclidean spaces with optimal distortion
Speaker: Sang Woo Ryoo (Princeton Univ.)
Time: 2020 August 5th & 7th, 09:30am~11:3am
Place: 27-116
Abstract:
In the first part of the talk, I will first introduce the concept of a Carnot group, which generalizes Euclidean spaces, and a differentiation theorem by Pansu which proves that noncommutative Carnot groups cannot be bi-Lipschitzly embedded into Euclidean spaces. I will then present Assouad’s theorem, which shows that the snowflakes of Carnot groups (and more generally doubling metric spaces) can be bi-Lipschitzly embedded into Euclidean spaces, although the target dimension may be very high. After that, I will state a result of Naor and Neiman which significantly reduces the target dimension at the cost of worsening the distortion, and a result of Tao that achieves both optimal distortion and optimal target dimension in the case of the Heisenberg group. My work, which has the above title, is a generalization of Tao’s result to the setting of Carnot groups. If time permits, I will introduce the Lovasz local lemma and some Littlewood-Paley theory on Carnot groups, which are tools used in the proof.

In the second part of the talk, I will explain the key conceptual difficulties in constructing the embedding, by analogy with the Nash embedding theorem. One difficulty is a loss of derivatives problems when solving for a certain linear equation (in the Nash embedding theorem one needs to solve for a quadratic form). This is overcome by a variant of the Nash-Moser iteration scheme pioneered by Tao, and it carries without difficulty to the setting of Carnot groups. The other difficulty is a construction of orthonormal fields which is used in the iterative construction of the embedding. In the Nash embedding theorem this is dealt with using basic fibre bundle topology, and in Tao’s proof this is done using a quantitative homotopy argument, but both seem to fail in the setting of Carnot groups. The main contribution of my paper is that this can be overcome even in the most general setting of doubling metric spaces by using the Lovasz local lemma and concentration of measure phenomenon on the Euclidean sphere.

There are two good news on our former members.

1. Next semester, Prof. Moon-Jin Kang will transfer from Sookmyung Women’s University to KAIST.

2. Dr. Dongnam Ko has been appointed as an assistant professor at the Catholic University of Korea.

On July 1st, new members joined our group: Gyuyoung Hwang and Jaeyoung Yoon. We take group photos with the meaning of welcome. 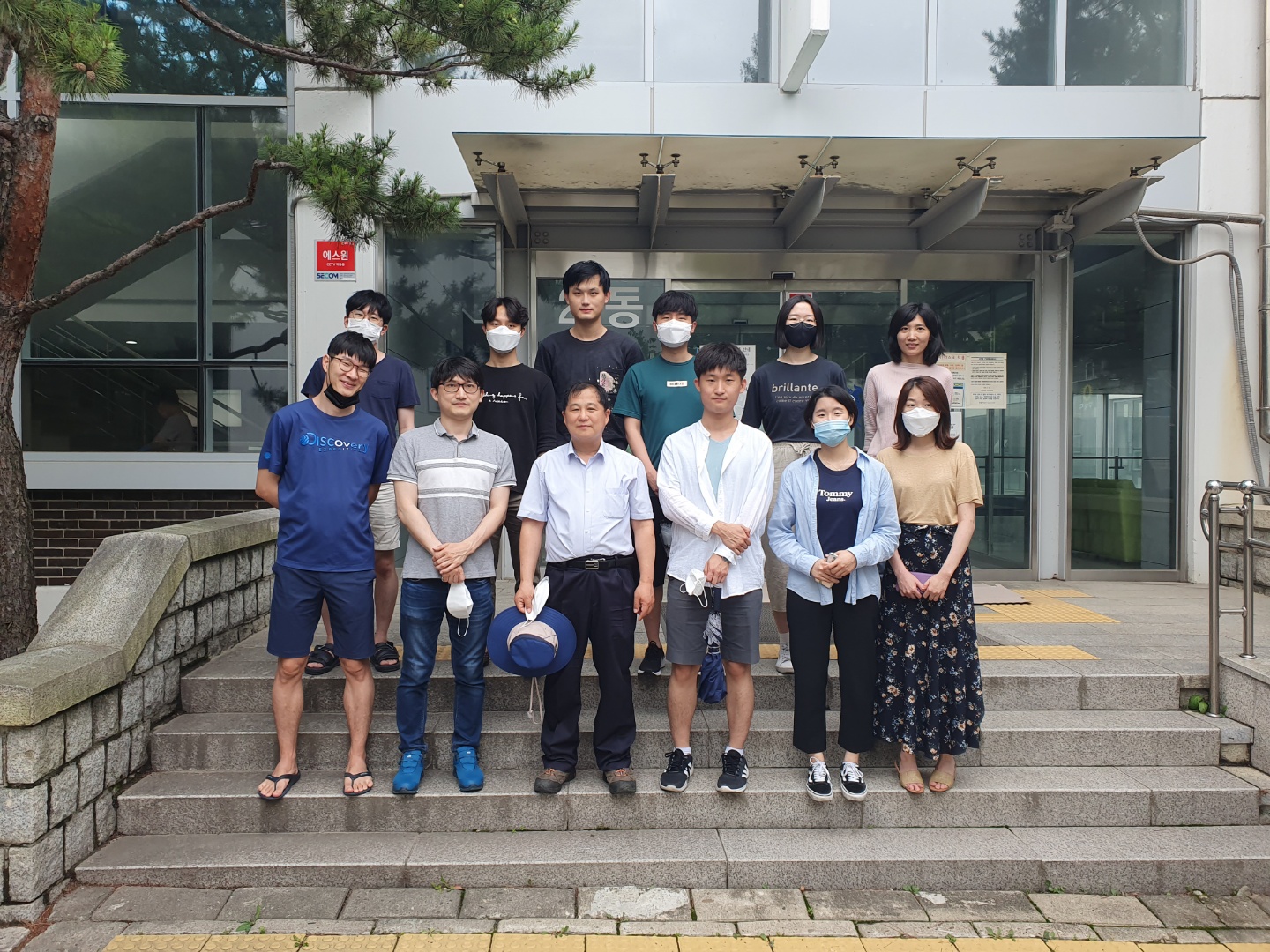 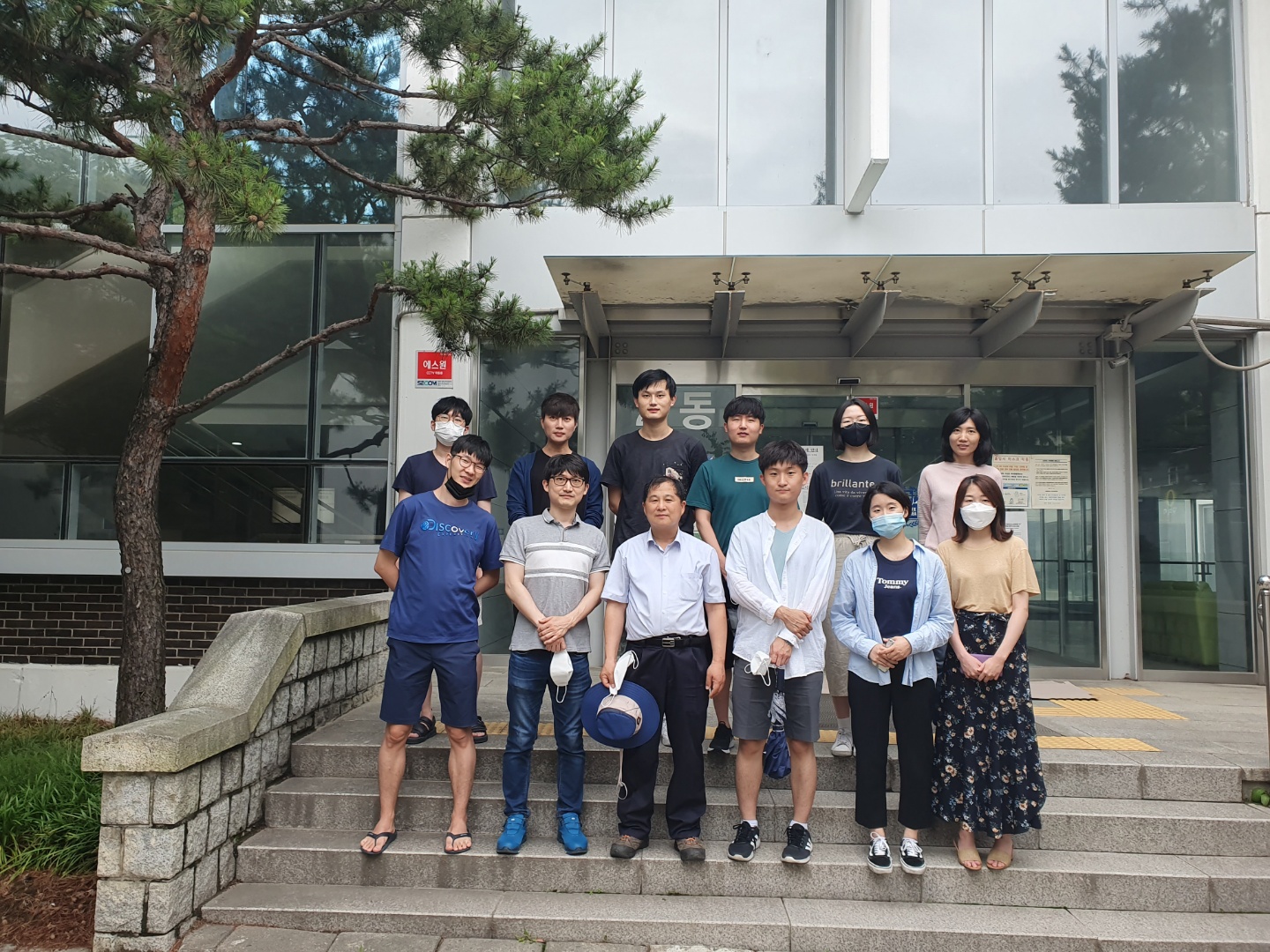 These are Professor Ha at PARC opening ceremony in 2009. 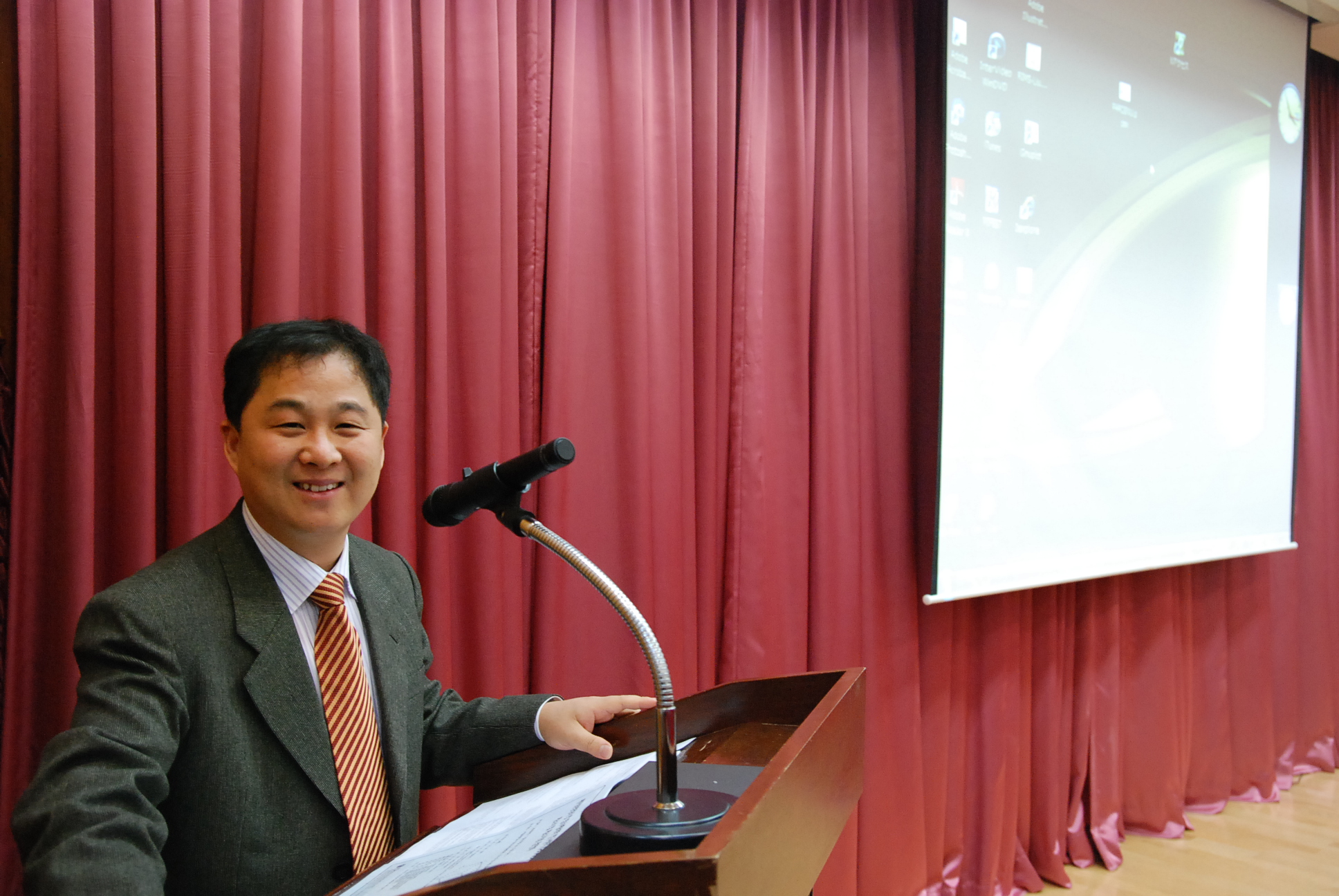 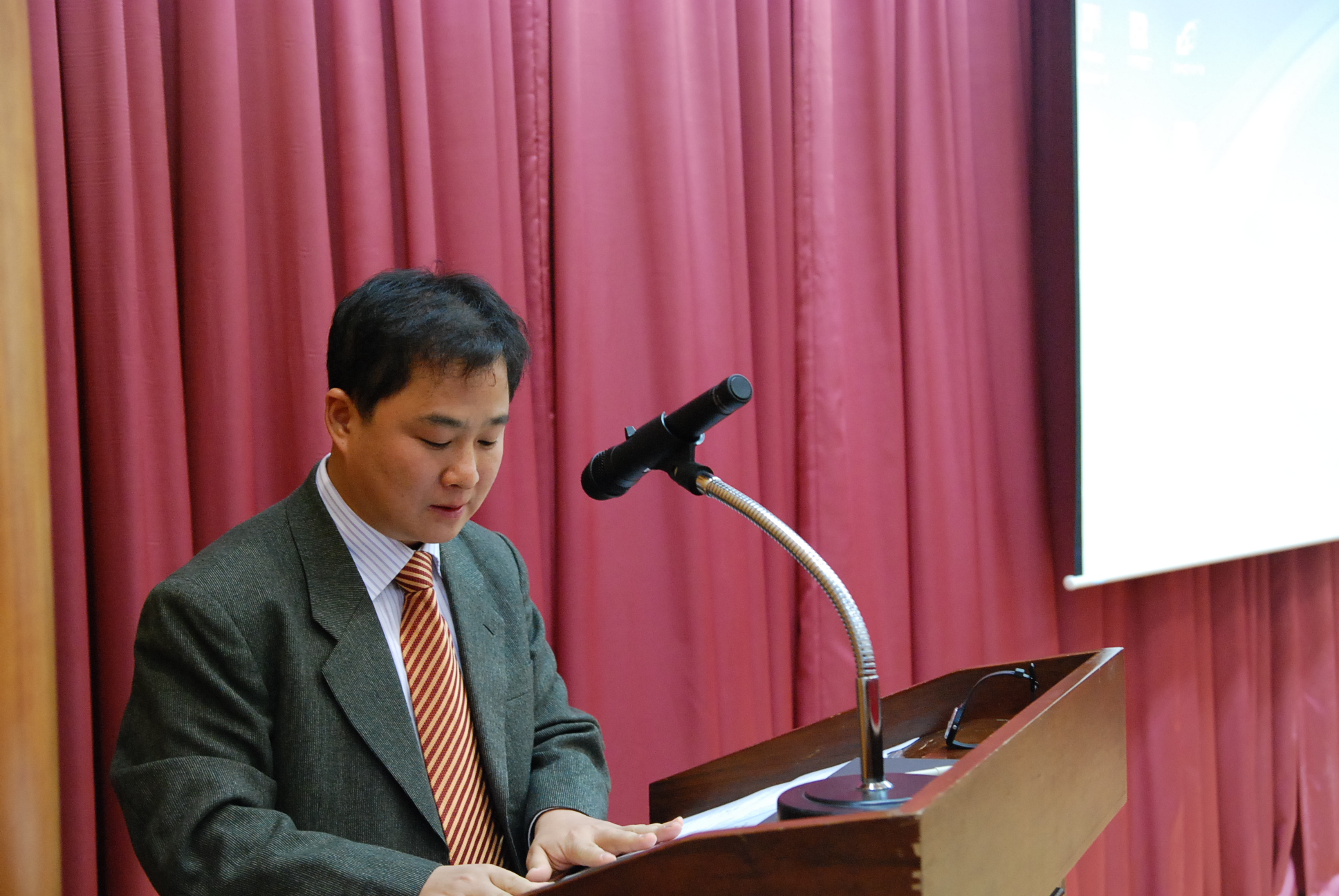 The following is the information for our weekly seminar in summer.

If you want to join our seminar, please contact Myeongju Kang: bear0117@snu.ac.kr

We celebrated the Teachers’ Day, May 15th, 2020. Everyone enjoyed the lunch at Faculty Hall and a cake for dessert. 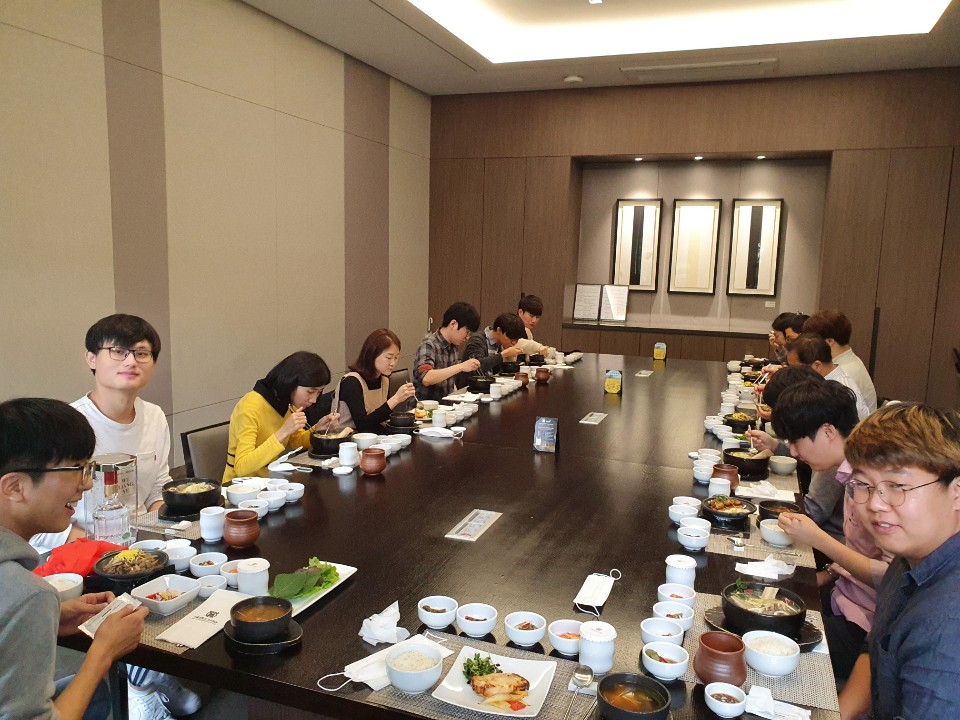 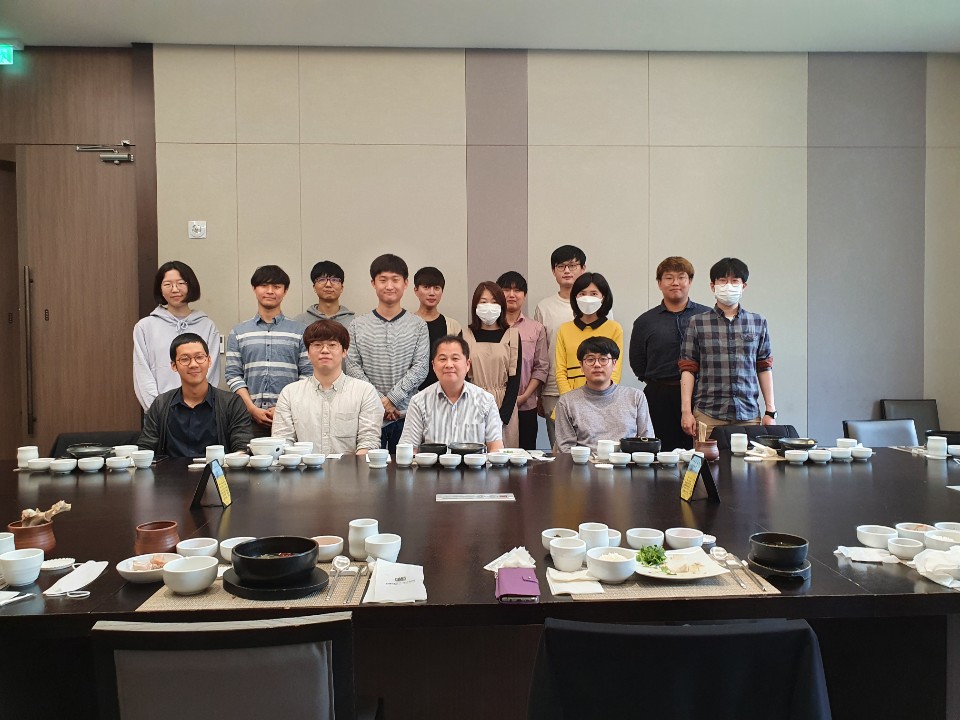 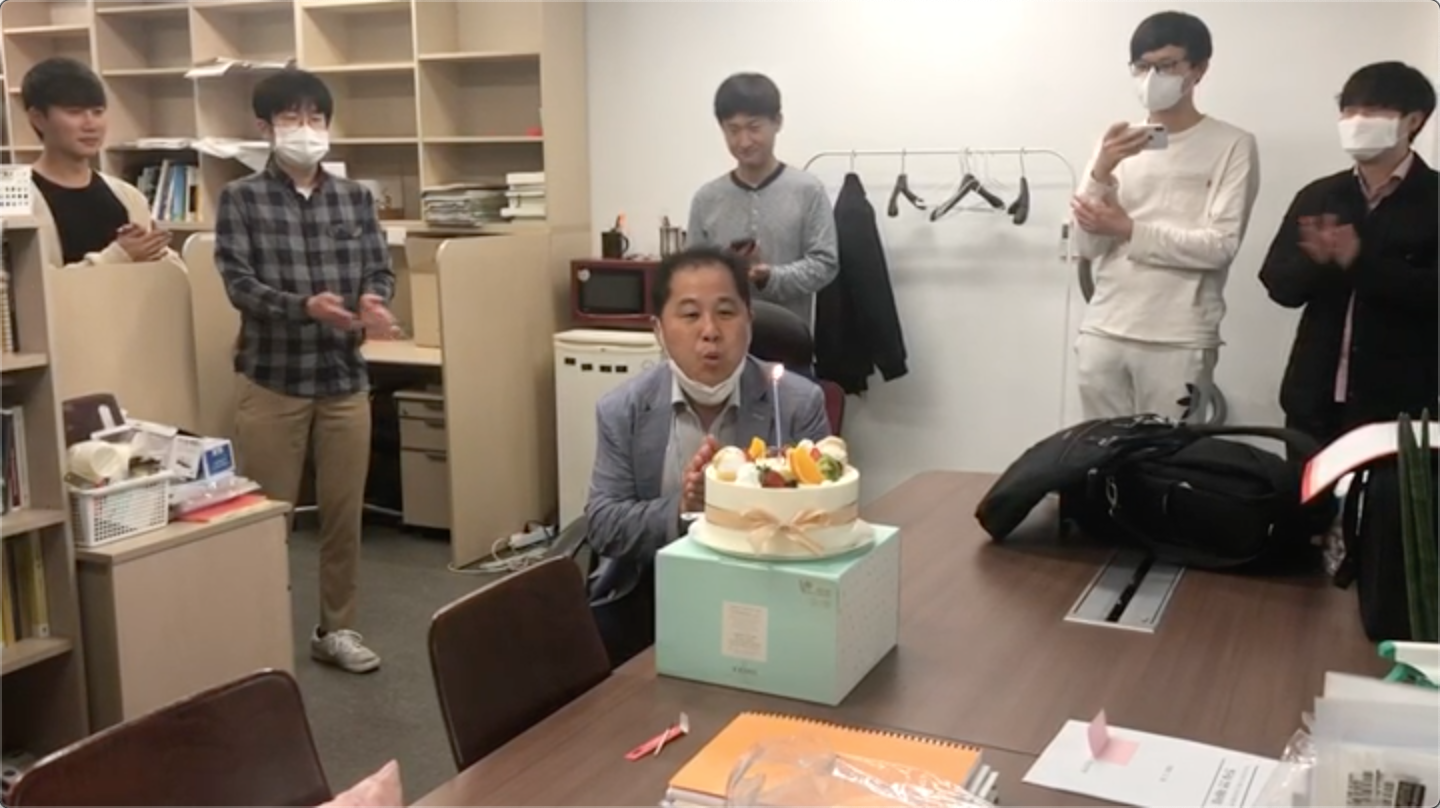